Make's £450m makeover for St James's gets go ahead 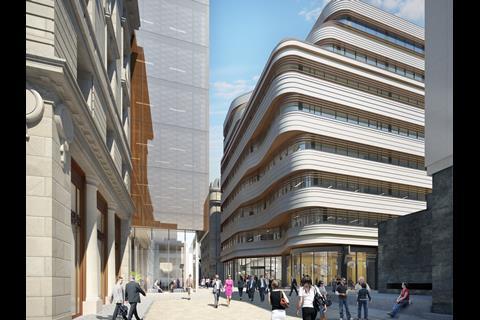 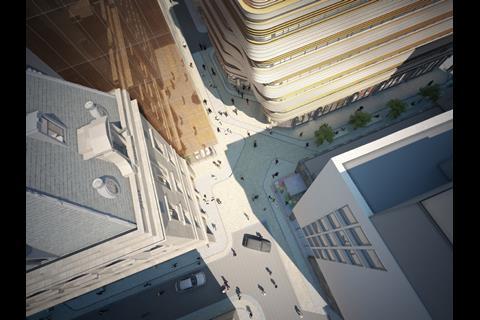 A £450m scheme to transform London’s district St James’s masterplanned by Make Architects has been given planning permission.

The commercial redevelopment of two existing blocks will create 210,000 ft2 of prime office and 50,000 ft2 of retail and restaurant accommodation.  The scheme also includes a new 10,000 ft2 pedestrian square.

Make partner Ken Shuttleworth said: “This is not only a major milestone for St James’s but also a key project in Make’s growing portfolio of heritage work. We have developed an excellent relationship with English Heritage and are delighted that Westminster has recommended approval for the site, it will be fantastic to see it delivered.”

James Cooksey, head of St James’s portfolio at The Crown Estate called the decision a “major tipping point” for its 10 year investment programme in the area.

He added: “Add this to our Gateway scheme, set for completion this summer, and refurbishments at Trafalgar House and British Columbia House, and it’s clear we are delivering one of the most significant West End transformations since we started in Regent Street.”

Proposals for the four sites have also been developed by three other architects alongside Make - Tate Hindle, Paul Davis & Partners and Burwell Deakins.