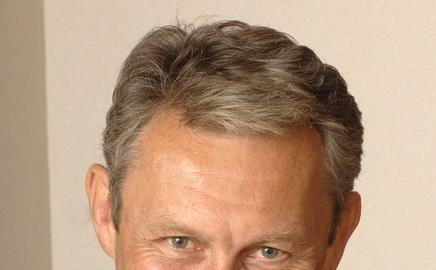 When Bob Rendell told his late father Frederick that he wanted to quit his civil engineering job to take over the family building firm, he was a little concerned.

This was 1985 and the business, a small housebuilder called Leadbitter, was being run out of a kitchen in Oxfordshire.

It employed three people and turned over £300,000 a year. Frederick Rendell, who founded the business in 1971, was planning to retire and close it.

“I’d been nagging my father for a long time that I wanted my own business,” says Bob Rendell. “He said it was too risky, but eventually we struck a deal.

“We tendered for a job in Banbury – 11 bungalows. If we won, there was a business to run. If not, we would have ceased trading.”

Leadbitter won the job and Bob Rendell, the new managing director, made his first key decision: giving himself three years to turn the business into a company that “was not solely dependent on my presence every minute of the day”.

One driver for Leadbitter’s growth has been its ability to diversify beyond its social housing roots. In 2006, its split was 35% affordable housing and 65% contracting. “We have always maintained and grown our position in affordable housing,” says Rendell. “But we have also actively pursued the construction side: primarily, leisure, education healthcare and commercial.”

The company has good links with councils, particularly in Oxfordshire, which has enabled it to build up a strong presence in regional education, health and leisure projects. It also has strong relationships with national clients, for example on the redevelopment of the National Sports Centre at Bisham Abbey for Sport England.

With the national firms chasing large deals, they aren’t so interested in £10-25m jobs

Another driver of growth, and one that Rendell sees as vital to continued expansion, is acquisition. In 2003, Leadbitter was itself the subject of a takeover, with Rendell selling the company for an undisclosed sum to the £2bn turnover Dutch contractor Heijmans.

“I was concerned about our ability as a regional contractor to compete in a marketplace which was increasingly driven by national frameworks,” he says.

However, Rendell made sure he retained as much control over the business as possible: “We’d had approaches but we chose Heijmans as we’d be the only UK contractor in their group. This would mean no redundancies and that we would be left to run our own business.”

As it turned out, Leadbitter found it could hoover up the projects ignored by the larger firms on national frameworks.

“We wanted to bid for Building Schools for the Future but we were discounted,” he says. “But with the national contractors chasing these large deals, they weren’t so interested in the £10-25m schemes, which makes us stronger.”

Meanwhile, the financial backing of Heijmans opened the door for Leadbitter to go shopping for acquisitions. By 2006, with turnover approaching £200m, the company was struggling to maintain the pace of organic growth and decided to look at takeovers.

This resulted, in September last year, in the acquisition of £55m-turnover Denne Construction, a Kent-based, housing-oriented contractor. The deal has returned the company’s balance of work to a 50-50 split between affordable housing and construction, and has increased Leadbitter’s exposure to regeneration opportunities in south-east London.

Rendell says the success of the Denne deal has led Leadbitter to seek further acquisitions. “We are looking, in line with our strategy of managed growth,” he says. “We could consider another big business, like Denne, or a niche firm.”

Rendell is cagey over specific targets, but says the company is looking at “housing businesses that are comfortable in social housing”. He adds that any acquisitions would be likely to extend the company’s trading area north of Oxford thereby building up its national presence.