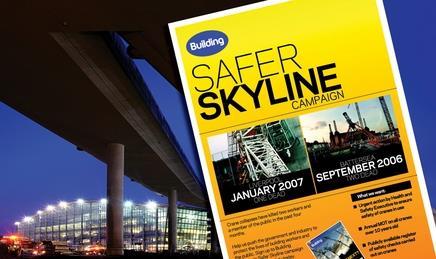 A worker has been killed by a falling crane on a building site in Liverpool, the second crane-related fatality in the city this year.

The man was killed on Thursday 29 March when a mobile Demag crane collapsed on a building site in Wavertree Technology Park, Liverpool. Workers had been building an extension to a warehouse.

The victim was a steel erector who was reportedly guiding a steel section that was being lifted with a rope.

According to the Health and Safety Executive, the section became snagged in the branches of a tree, causing the jib of the crane to buckle and fall onto

North Wales crane hire firm Bryn Thomas provided the crane. The firm said inquiries were continuing but it refused to comment further on the accident. The identity of the man is not known. The steelworks contractor for which he worked is SWC.

Cranes have been at the centre of several serious accidents over recent months, not least in Merseyside. In January, a site worker was killed on a Liverpool housing development after a tower collapsed.

Such incidents have prompted Building’s Safer Skyline campaign to call for a public register of checks and an MOT on cranes.

This week the T&G union distributed 150 posters across the UK, asking workers to sign a petition in support of Building’s campaign. Sites in Manchester, Glasgow, Liverpool, Hull, Newcastle and Bristol, as well as on Heathrow Terminal 5, were included. An early day motion welcoming the campaign has been signed by 64 MPs in the House of Commons.

Meanwhile, several contractors are taking action on safety. Bovis Lend Lease has a policy not to use cranes that are more than a decade old. The company uses two main suppliers – Select, which has an eight year replacement policy, and HDC, which replaces its cranes after five years.

Julian Daniel, head of Bovis’ southern division, said: “If you buy a car now, it has inherent safety features that a 20-year-old car wouldn’t have.

It’s the same with cranes. We do pay a premium for our cranes, but it’s a premium we are happy to pay because it is less inherently risky.

“A crane is a major piece of temporary engineering, and as such it should be treated as a higher risk than permanent machinery. Its ability to do harm is immense.”