Plans by Urban Edge Architecture to revamp Manchester’s Piccadilly Gardens have gone in to the city council.

The area in the city centre is used by more than 300,000 people a week and under the plans developer Legal & General, which is drawing up the scheme with the city council, wants to make the space more family-friendly and deter anti-social behaviour.

It will involve replacing an existing pavilion with two new ones linked by a covered area of new public space for year-round use.

Family-themed restaurants will be built along with a new coffee shop while improved lighting and landscaping is also part of the plan which is expected to eventually see £10 million pumped into the area.

Council leader Richard Leese admitted Piccadilly Gardens needed an overhaul and added: “Piccadilly Gardens is a major thoroughfare used by hundreds of thousands of people a week and for all the debate it generates it remains a well-used public space. Clearly, though, there is potential for improvement and we look to ensure that this is achieved to deliver a welcoming and attractive destination in its own right.”

A decision is expected before the end of the year. 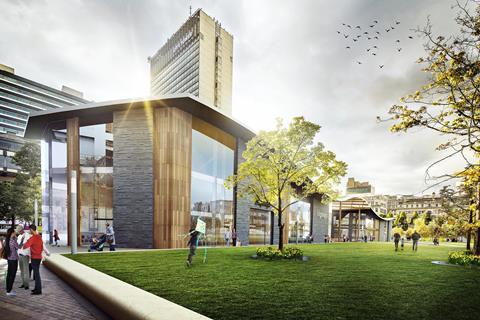