But CPA says ‘supply chains are generally slow to change’

Masonry manufacturers have urged construction firms to use UK-sourced masonry instead of imported timber to combat shortages post-Brexit.

The Timber Trade Federation (TTF) warned in December that delays to the supply of timber will continue “well into 2021” following a surge in covid-19 cases in Sweden, the largest exporter of timber to the UK. It said that supply could be further complicated by Brexit. 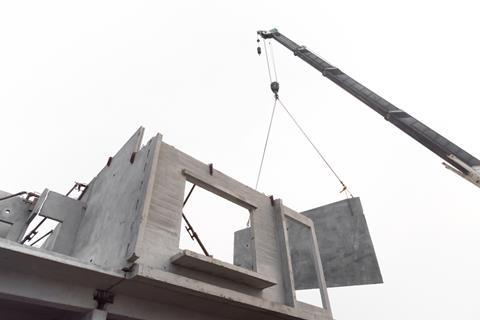 Construction product imports are currently within a six-month grace period following the Brexit trade agreement signed in December but will require customs declarations and payment of tariffs from 1 July.

Softwood timber is currently the most imported construction product and tends to come from Scandinavia or the Baltic states.

“In the housebuilding industry, there’s quite a push for timber frame and modular builds which are predominantly timber-based and, with the shortage of structural timber that is well documented right now, the masonry manufacturers of the UK are more than capable of fulfilling the shortfall.”

But TTF managing director David Hopkins said that timber was both lighter and more versatile than masonry, and had a smaller carbon footprint.

He said: “Using masonry would ruin the low carbon sustainability targets for many new-build projects.

“Timber, whether imported or domestic, has far better low carbon credentials than almost any other competing material. It’s why it is such a material of choice.”

Noble Francis, Construction Products Association economics director, said that while the UK produces a significant amount of timber, there is “not enough to solely rely on domestic production and we’re not going to suddenly grow exponentially more trees. Even if we did, we wouldn’t be cutting them all down for use in construction.”

He added that there may be a shift towards increasing domestic demand for some products “if the additional cost and hassle of importing persists”.

But he cautioned that supply chains are generally slow to change and major new investment in domestic manufacturing takes many years to get from investment planning to decision to factory construction.

He added: “That investment only occurs if firms are certain that the demand will remain high for a long period, not just because of a short-term increase in domestic demand.”

The Builders Merchants Federation warned last month that it had received reports of some products not being available before August, while timber prices are surging by an average of 20%.