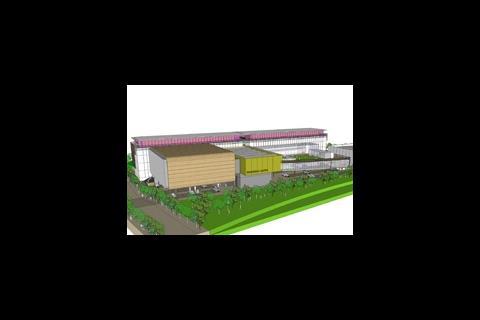 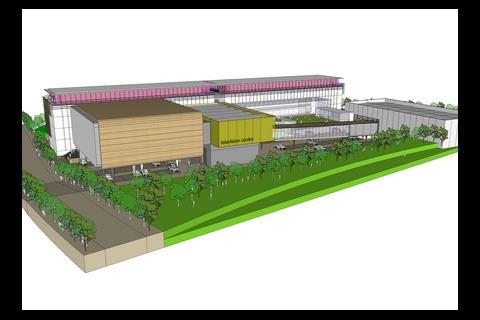 Marchini Curran Associates has applied for planning approval for its design for a £30m television centre on a brownfield site in central Stoke.

The centre is the first phase of a £150m mixed-use development on the former Fenton Manor quarry site for Gilbert Commercial Properties and Resolution Land, which aims to transform the town centre.

The masterplan for the 16ha Gateway Park scheme has already been submitted for outline planning permission, but the media centre is the first element on which detailed planning approval has been sought.

Steven Gilbert of Gilbert Commercial Properties said: “This is an ambitious mixed-use regeneration scheme on a large redundant clay pit in the centre of the town – a site which was previously earmarked for landfill.

“The Gateway Park development will take place in three phases and the park has been divided into different uses – media gateway, tourist gateway, enterprise gateway, leisure gateway and urban gateway.

“The North Staffordshire Partnership, working with Stoke-on-Trent Partnership and supported by Advantage West Midlands, have identified a key aim in their regeneration proposals as the creation of a number of new city ‘quarters’. We acknowledge that this scheme will be the centre piece of the University Quarter.’”

Andrew Bull, project director with Marchini Curran Associates, said of the TV centre: “It is envisaged that the media centre would feature a prominent five-storey building at the front of the site with the radio facility on the top floor. There is a potential for a 200-seat auditorium for live shows along with TV centre. A warehouse distribution centre and a restaurant are also features of the project.”