Marshalls pays back over £9m in furlough money

Firm the latest to hand back government cash

Marshalls is the latest firm to say it has repaid money it received from the government’s furlough scheme because trading in the last few months has improved.

The paving and landscaping specialist said it had paid £9.4m at the beginning of last month after being forced to furlough 80% of its 2,500 staff earlier this year. 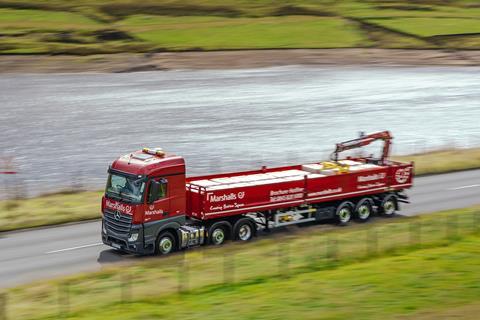 Marshalls was forced to furlough around 2,000 staff at the height of the first lockdown

It said the £120,000 in pay cuts it imposed on the board, executive management and other senior staff have been donated to company charities MacMillan Cancer Support and mental health charity MIND.

Marshalls follows the example of others in the sector including Morgan Sindall, Redrow and Foster & Partners who either have repaid the money they received from the scheme or declined to accept it.

In a trading update in May, Marshalls said it was laying off 15% of its workforce, around 400 people, because its business was running at 50 per cent of where it was a year ago.

But in an update last week, Marshalls said trading in the four months to October was on a par with the equivalent period last year while sales last month were up 5% on October 2019.