Jules Pipe says scheme is ‘out of scale’ for its surrounds 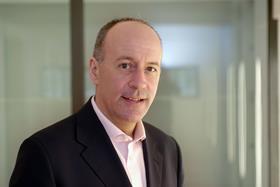 The mayor of one of the two planning authorities asked to decide on whether the scheme to redevelop Bishopsgate Goodsyard in east London gets the go-ahead has launched a campaign to stop it being built.

The intervention by Hackney mayor Jules Pipe is the most serious attack yet on the Shoreditch fringe scheme which has a brace of 46 and 42 storey towers at its core.

He said: “These towers would stand almost as tall as One Canada Place at Canary Wharf; that might be OK for the City but it is completely out of scale for Shoreditch. These luxury flats, which are well beyond the reach of ordinary Londoners, will cast a shadow over the whole of Tech City and threaten to damage the local, creative economy.

“Luxury accommodation does nothing to help London’s housing crisis and brings no value to Tech City, and we fear that such a major development will strip the area of its character, potentially leading to the dissipation of this growing cluster.”

Joint developers Ballymore and Hammerson submitted plans last summer for the development around Shoreditch High Street station. The scheme is proposing 1,500 homes as well as 50,000sq m of offices and up to 20,000sq m of retail being built in four phases over 10 to 15 years. 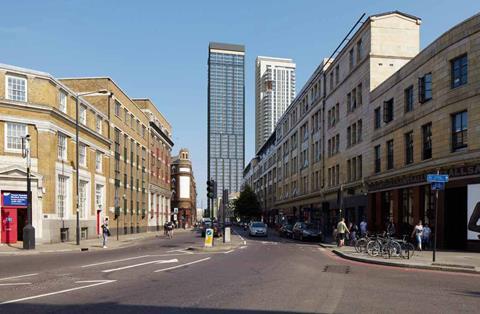 The developer said it was listening to concerns raised but that the site “has been guided by the established and approved planning policies of Hackney, Tower Hamlets and the GLA, which identifies [it] as a major mixed use development, suitable for tall buildings”.

It added: “We are currently working on revised plans that, where possible, address the issues raised by various stakeholders and, more recently, the mayor of Hackney, to ensure the development preserves the heritage of the site whilst creating thousands of new jobs and hundreds of new homes for Londoners.”

But the scheme is facing fierce opposition from campaigners who object to the height of the proposed seven towers.

The Victorian Society attacked the quality of PLP’s proposals and likened the scheme to those popping up in China. “They do not adequately respond to the surrounding context. Their design is generic and undistinctive. In a suburb of Shenzhen they would be unremarkable; in central London they are completely unacceptable.”

Pipe warned the development will threaten the unique character of Shoreditch and could lead to SMEs abandoning the area’s tech cluster and called for residents and local businesses to sign a petition opposing the scheme and calling on Boris Johnson to withdraw his support.

“I’m not opposed to tall buildings in principle but they need to be in context. The ones proposed for this site are far too big, too close to the road and will compromise the area’s distinct character and economic eco-system,” the mayor added.

“The repercussions of this development could be so severe that they lead to the fragmentation of the local cluster of design and tech firms, leading to the loss of thousands of local jobs and damage to London’s reputation as a global leader in these industries.

“I am writing to businesses and residents throughout Tech City to alert them to these plans and to urge them to write to the mayor of London, asking him to withdraw his support for these damaging plans.”

The Hammerson-Ballymore joint venture bought the 4ha site back in 2002 from the then Railtrack and is hoping to finally start work on the scheme at the end of 2016.