McAleer & Rushe has won two deals worth more than £80m with Taylor Wimpey including a job on the firm’s scheme to redevelop the Mount Pleasant sorting office in Farringdon.

The contractor is due to start later this month on the £45m contract, which is the second phase of a wider deal which will see nearly 700 homes built at the site called Postmark. Bouygues has been carrying out the first phase of the work. 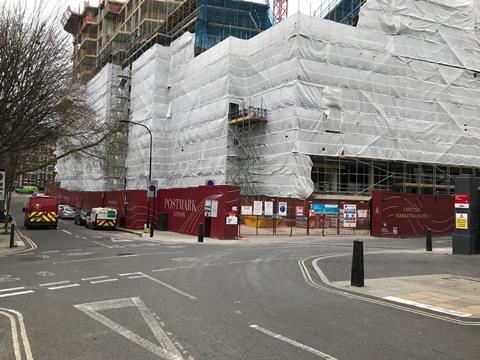 McAleer & Rushe, which earlier this year won the final job on the first three buildings being developed at British Land’s Canada Water scheme in east London, has also won the next phase of Taylor Wimpey’s Greenwich Millennium Village project – a £41.5m job to build 135 apartments.

Both jobs are being carried out for the housebuilder’s Central London business which McAleer & Rushe is also working for on the soon-to-be-completed £38m Denzien scheme in Barbican.