McAlpine director heads over to Multiplex 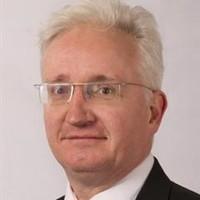 Multiplex has beefed up its team with the arrival this week of Sir Robert McAlpine’s former head of its civil engineering business.

Mark Williamson has joined the firm as a project director after leaving McAlpine in the summer following nearly 20 years at the contractor.

Williamson (pictured) worked on a number of high-profile scheme for McAlpine including the Wales Millennium Centre – which replaced designs for the Cardiff Bay Opera House scheme won by Zaha Hadid but was controversially pulled back in 1995 – and was project manager for the Bulgari Hotel in London’s Knightsbridge designed by Squire and Partners.

After three years as a regional director, he was asked to head up McAlpine’s 250-strong civils business with the firm last year landing a tunnel and viaduct package on HS2 worth £965m as part of a joint venture with Bouygues and VolkerFitzpatrick.

Williamson is the second high-profile name to make the switch to the 22 Bishopsgate builder this month.

Last week Building revealed that Laing O’Rourke’s commercial sector lead Mark Butler had left after 13 years to take up the position of technical director at Multiplex.

Multiplex and McAlpine are up against eachother as well as Mace for the £350m Cube building in west London which is being let as fixed price job. Developer Sellar is due to name a winner before Christmas.