More details on the rejig at Sir Robert McAlpine have emerged with its Wales business being merged into an expanded South region.

The Welsh arm, which is based in Cardiff, will be led by the firm’s South managing director Ian Cheung. McAlpine said: “We are still committed to delivering and winning major projects in [Wales].” 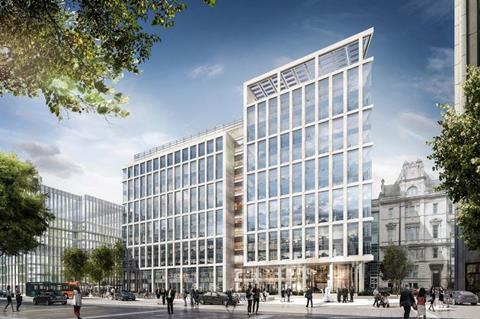 The firm’s recent jobs in the country include a new £100m hub (pictured) for HMRC at 6 Central Square in the Welsh capital which completed last autumn. Designed by US architect Gensler, the scheme is one of 13 new regional centres for the taxman under a rationalisation of its estate.

McAlpine’s historic projects in the country have included the Wales Millennium Centre, the arts complex in Cardiff which replaced Zaha Hadid’s abandoned plans for Cardiff Bay Opera House which the architect won in an international competition in the 1990s.

Cheung leads the South region from several offices including those in Birmingham and Bristol, while the North region will be headed by Mark Gibson.

London continues to be headed by Paul Heather with McAlpine’s civils and infrastructure arm led by Tony Gates.

Last week, McAlpine said the revamp, carried out in the wake of the covid-19 pandemic, will see the loss of more than 100 jobs with those roles expected to go predominantly support functions. The firm said project supporting roles are largely unaffected.