Proposals include four blocks up to nine storeys high

Contractors have been readied after John McAslan and Partners was given the green light for a major rejig of Butterfly Walk shopping centre in south London.

The King’s Cross Station architect’s proposals for developer Spot Properties include 146 homes, 41 of which are affordable in four blocks above the 1990s shopping centre on Denmark Hill. 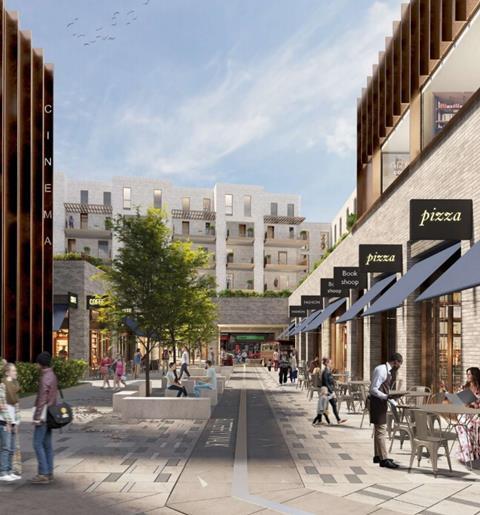 The scheme will also include a hotel and a cinema

Southwark council voted six for and two against the proposals at the end of last month.

The scheme also includes a 101-room hotel and a two-screen cinema above an existing Morrisons store, with buildings mostly around six storeys in height except one which will be nine storeys.

The glass ceiling covering the walkway which bisects the shopping centre will also be removed and replaced with a new open route planted with trees.

The practice admitted the scheme involved some challenges, including a part of the site being within the Camberwell Green conservation area and impact on daylight on surrounding buildings. The existing buildings are no higher than three storeys.