McCarthy & Stone set to axe one in 10 staff 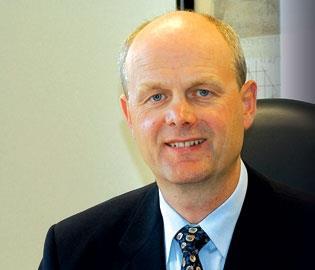 McCarthy & Stone will axe up to 10% of its staff in a dramatic turnaround in strategy caused by the downturn in the retirement homes market.

The £458m-turnover retirement housing specialist was as recently as January this year embarking on its biggest expansion drive since the eighties in the belief that it would be immune to the turmoil in the mortgage market.

However, the firm, which is owned by HBOS and West Coast Capital, is now set to axe up to 120 staff and dramatically scale back its regional operations in a company restructure.

It is also delaying work on new sites programmed for “the next few months”, a similar move to that announced by Persimmon Homes last month.

The restructure will lead to the North-west and North-east operations being combined and controlled from the firm’s York headquarters.

The Western region will be split between the South-west and Midlands offices. The centralised Assisted Living division, which builds the company’s “extra care” schemes for the frail elderly, will be abandoned and its work shared between the regions.

The company confirmed this week that it was in consultation over redundancies that could affect up to 10% of its workforce. Based on its 2007 accounts, which state it has 1,212 employees, this could mean up to 120 job losses.

McCarthy & Stone is particularly vulnerable to cash flow problems because, since the HBOS-backed buyout in 2006, the company has been saddled with debt of £806.8m. This translates into an annual interest bill in excess of £80m.

Howard Phillips, McCarthy & Stone’s chief executive, said: “Demand for our retirement properties is as high as ever – in fact the number of enquiring customers exceeds last year. But frustratingly, some are finding it harder to sell their houses.”

He added: “We hope to be back on track with our expansion as soon as the economy allows.”

• Taylor Wimpey has cut one of its three regional chairperson’s positions resulting in the departure of Midlands chair. The restructuring, which was announced internally, means that the Midland region is now shared between the north and south divisions. The number of divisional directors was reduced by a third from 12 to eight.

A bleak spring for housebuilders

19 March Welsh housing developer Meadgate Western sinks into administration with debts of nearly £36m. West Country housing developer Cotswoldgate follows in the next week.
18 April Leeds housebuilder Consort Homes goes into administration.
24 April Persimmon announces a halt to new development until liquidity returns to the mortgage market. It is understood that reservations in April are 50% down on 2007 levels.
6 May Bovis Homes reveals that reservations in the past eight weeks are down 70% compared with the same period last year...

January seems a long time ago…

January 2008 "McCarthy & Stone is well placed to move ahead to the end of this decade."

May 2008 "I very much regret the implications for some colleagues, as redundancies will occur."