Firm one of 10 named by cartel-buster CMA last week

McGee has become the latest demolition contractor to put a number on what it expects the cost of its involvement in the bid-rigging probe into sector will be.

It is one of 10 that cartel-buster the Competition and Markets Authority publicly named last week as being involved in the scandal.

McGee has admitted its involvement in bid-rigging, along with seven others. “The bids were rigged by one or more construction firms which agreed to submit bids that were deliberately priced to lose the tender [known as cover pricing],” the CMA added. 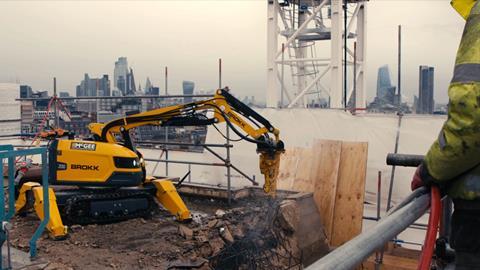 McGee’s expected liability from the investigation is set to be up to £2.4m

One of the schemes the CMA’s probe looked at was McGee’s job to tear down the former home of Cancer Research UK at 44 Lincoln’s Inn Fields in central London that made way for the LSE’s new Marshall Building built by Mace.

The CMA also said McGee was one of seven companies that took part in so-called ‘compensation payments’ – whereby “the designated ‘losers’ of the contracts were set to be compensated by the winner”. In one unnamed case, a payment of over £500,000 was made.

In its latest report and accounts for the year to November 2021 the firm said it had made a provision of £2.4m a year earlier – thought to be related to the CMA investigation.

It added the figure was a liability it had at the time “considered probable” but in its latest accounts, McGee said: “Following further consideration by the board and current legal advice, any liability arising from the provision previously estimated is now considered as unlikely but possible.”

In its announcement last week, the CMA said McGee and another of the named firms, Careys-owned Scudder, “reported their involvement in the conduct under the CMA’s leniency policy and will benefit from a discount on any fine”.

Careys and Keltbray have already said the investigation will hit them for a combined £15m while the CMA has warned that it expects fines to run into tens of millions of pounds when last week’s initial findings turn definitive by the end of the year.

In its accounts, McGee said it had appointed Vivienne Inmonger as head of legal risk and compliance last March from renewable energy firm RES.

It said the move had been made to “reinforce further the commitment by the business to improve corporate governance”.

It added that the firm’s leadership team “has placed significant focus ion top-down compliance. Considerable investment has been made in the creation of a business ethics policy, regulatory compliance risk assessments, mandatory awareness training for all staff on modern slavery, anti-bribery and corruption, and competition law, with enhanced training for those who fulfil high-risk roles”.

Turnover last year at McGee was £92m, a rise of 21% on last time with pre-tax profit jumping from £1.2m to £6m. The firm said it did not claim any money from the government’s Coronavirus Job Retention Scheme last year.