McLaren has said it expects turnover to be over £600m by the time its current financial year wraps up at the end of next month.

The firm said income fell £125m to £526m in the year to July 2020 after being hit by the impact of the covid-19 pandemic which saw sites mothballed as social distancing measures were put in place. 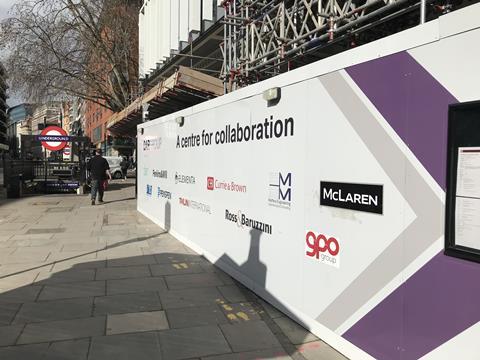 McLaren, which claimed £1.2m during the period from the government’s Coronavirus Job Retention Scheme, said pre-tax profit was hit by a £19.4m exceptional item on a cancelled infrastructure job its Midlands and North business was supposed to carry out.

It said the firm had reached a deal with the unnamed client on the scheme but the provision sent it crashing to a £13m pre-tax loss from a £3.3m profit last time.

The firm said revenue growth in the current year was being driven by the residential, office, industrial and logistics and healthcare sectors.

Group chairman Kevin Taylor added that profit this year would be back up to pre-covid levels.

Schemes McLaren completed during the year included the Luma residential building in King’s Cross for developer Argent and work at Barts Square in nearby Farringdon for developer Helical after the firm, along with Mace, was brought in three years ago to take over from collapsed contractor Carillion.

It is also working on Quintain’s ongoing residential development at Wembley and carried out work on a lifts scheme next door to the VIP entrance at the nearby stadium which will host the final of the delayed Euros next month.

The firm is also building the new home of consultant Dar and architect Perkins & Will at 150 Holborn.

McLaren’s cash position at the year end was £38.9m with shareholders pumping in £5m during the year.