Work set to begin in October 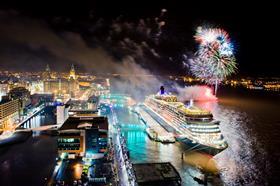 Belfast contractor McLaughlin & Harvey has won a deal to build a £50m cruise terminal on the banks of the river Mersey in Liverpool.

The work for the city council will enable the world’s biggest cruise ships to dock at the city’s historic waterfront.

The first stage of the job will see the firm work alongside the council’s design team, led by Ramboll, to finalise the design and construction method.

As well as the new terminal, work will also include building access bridges for cars and pedestrians to get on and off the ships.

Under the deal, McLaughlin & Harvey will be required to have its team of subcontractors in place ahead of second stage award.

An outline planning application for the work is due in with city planners next month with main construction set to start in October.

Liverpool handled more than 60 vessels and more than 120,000 passengers and crew in 2016 prompting authorities to capitalise on the cruise boom.