Bob Holt has spent more than 20 years at housing specialist 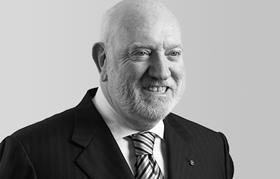 Mears chairman Bob Holt is stepping down early from the role, ending an association with the housing maintenance specialist that stretches back more than 20 years.

Holt (pictured) had been due to go at the firm’s next AGM – set to be next summer – but is leaving on 2 January next year after the firm said it had appointed former banker Kieran Murphy as a non-executive director and chairman.

Holt led the Stock Exchange float of the business, which last year had revenues of £900m and a pre-tax profit of £37m, back in 1996.

Chief executive David miles said: “We must all recognise the great contribution that Bob Holt has brought to Mears over the past 23 years. His commitment and guidance still underpins much of the business here today. Bob leaves with our thanks and we wish him every success in the future.”

Murphy, who worked at the Treasury before forging a career in the City including a spell at merchant bank Kleinwort Benson, will take up at the role at the beginning of next year