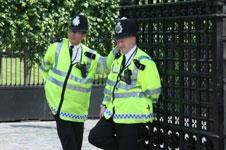 The news comes six months after the Metropolitan Police Authority (MPA) became one of the first public bodies to signal that public spending would not be immune to the recession when it placed its £1.4bn seven-year building programme under review. The revised programme now stands at £1.04bn.

The figures have emerged after being released unnoticed in a March finance report for the MPA.

The MPA said: “We are looking at further borrowing to allow schemes to be brought forward, but we anticipate reductions in programmes across many councils in London and across the country, with reduced receipts from disposals.”

A contributing factor in the reduction is the force’s loss in last year’s collapse of the Icelandic banking system, understood to have been £30m.

In the document, the authority had said: “In reviewing the programme, many projects and programmes have been delayed or delivered over more years than originally anticipated.”

Two months ago, the Met cancelled a £30m strategic command facility in Hendon, north-west London that was to be part of a security control centre for the 2012 Olympics. The Met said that it would instead upgrade existing facilities.

For more on police spending go to www.building.co.uk/archive