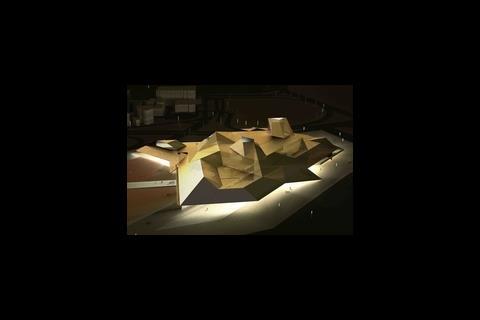 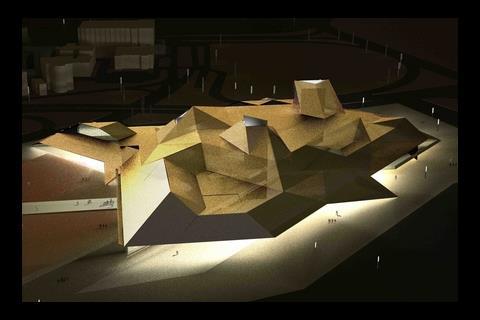 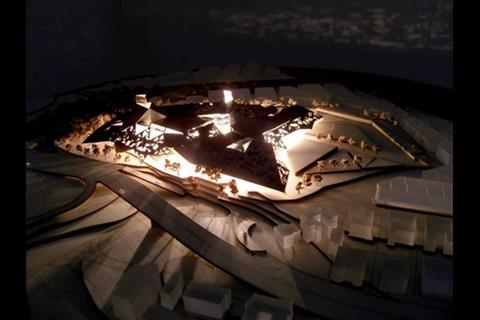 Night-time view of Metropolitan Workshop's design for the Libyan museum 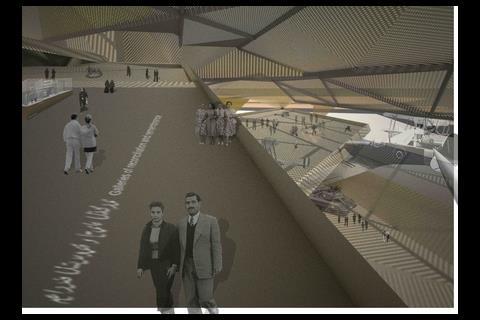 Interior view of the museum in use

London-based architect Metropolitan Workshop has won a competition to design a conflict museum in Libya.

The building has been inspired by the concept of a Bedouin tent. Project images show a sand-coloured, sharply angled canopy seemingly draped over large, open interiors.

The design is intended to provide natural cooling for lobby areas, though the exhibitions' environments will be artificially regulated.

The museum will contain exhibitions on the sometimes turbulent history of the Middle Eastern country, with displays of martial equipment and documents.

Marko Neskovic, an associate at Metropolitan Workshop, said: “We drew from several sources: dune landscapes, traditional desert camps and military camouflage netting. The result is a dramatic structure that references the subject matter whilst responding to its immediate context, physically and environmentally.”