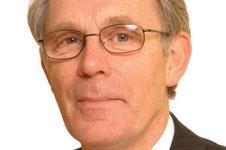 Michael Ankers, chief executive of the Construction Products Association, has received an Order of the British Empire in the Queen’s birthday honour’s list.

Among other industry figures to receive the OBE were David Wedderburn, the chairman of the Building Standards Advisory Committee, and Andrew Wolstenholm, the director of capital projects at the airports authority BAA. Herbert Baggaley of contractor Baggaley construction picked up an OBE for services to training and business.

Martin Barnes, president of the Association for Project Management, received a CBE for services to civil engineering.

Meanwhile, Peter Rogers, chief executive of the London Development Agency has also been awarded a knighthood.