Migrant labour: what happens when the Poles go home? 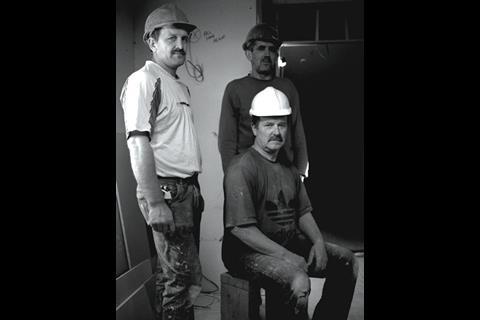 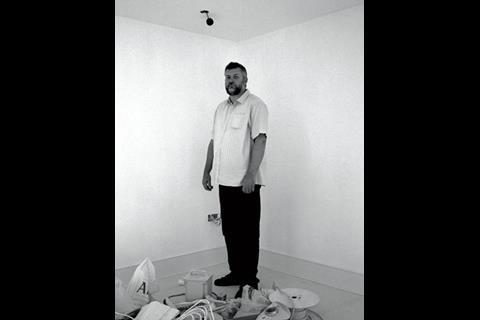 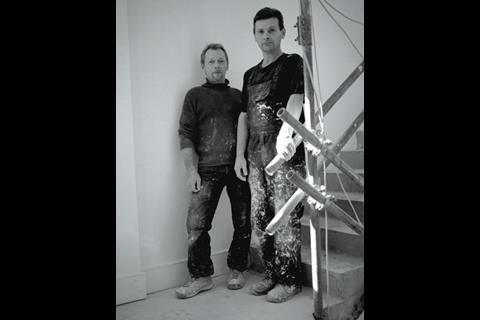 These three, and hundreds of thousands like them, are planning to go home. What will happen when the Poles say ‘Do widzenia’ to Britain?

The site of an apartment block on 412 Commercial Road shares a common feature with many London building sites over the past four years – not a word of English can be heard because every one of the 15-strong workforce hails from Poland. However, this by now familiar scene in UK construction could soon be a thing of the past as many of the estimated 350,000 Poles who helped prop up the industry in recent years are starting to pack their bags to go home.

Kazimierz Molenda, a 45-year-old painter and decorator working on the site, is just one of the many planning to leave. Having arrived here six years ago, Molenda thinks he has made enough money to set up an upholstery business in his homeland. Family concerns and the recent troubles in the housebuilding sector have accelerated his decision. “My girlfriend is keen to return home so we can marry and start a family. I have made enough money for what I want to do in Poland. Plus, it is not as good here as it once was.”

As the pool of Polish labour begins to dry up, this could spell trouble for an already beleaguered industry. Nearly a million Polish workers have arrived in the UK since the country’s accession to the European Union in May 2004 and the construction sector has reaped the benefits. Although there are no set figures monitoring the ethnicity of workers, construction union Ucatt estimates that up to 350,000 Poles were working in UK construction last year.

However, the Institute for Public Policy Research reported in April that about half of the Polish migrants who have arrived since 2004 have already returned home. The stream of Poles coming over to Britain has also dwindled. The number applying for work permits between April and June 2008 declined by more than a third compared with the past two years, from 38,000 in 2006 and 37,000 in 2007 to a mere 25,000 this year.

The troubled economic climate means that working in UK construction is no longer seen as an attractive option. Zbigniew Kolacz, managing director of Erdol Construction – the contractor on the Commercial Road site – says the number of Polish workers in his company has fallen dramatically. “There has been a huge change. Last year I had up to 100. Now I have only 44.”

The thriving Polish economy has also played a role in turning the tide. With one of the fastest growing economies in Europe, the zloty has doubled in strength against the pound in just four years, thereby decreasing the value of Polish earnings in the UK. “It is no longer cost-effective for Poles to come here,” says Trevor Rees, who chairs the construction branch of employment agency the Recruitment and Employment Confederation (REC). He says the agency has seen a 70% drop in applications from Polish workers since the start of the year – from 30-40 applications a week at the start of the year, to 10 a week now.

This economic growth also spells good news for the Polish construction sector. According to research company PMR Publications, residential construction in Poland is expected to jump by 50% this year to a total value of £5bn. Housing completions will near 170,000 and are expected to peak at 200,000 in 2010, prompting an increase in demand and pay for skilled workers. “If you have a decent standard of living and can get a good job in Poland, you have no reason to come to the UK. You have to be pretty desperate to want to leave your family and work in another country. That is simply not the situation any more in Poland,” says Kolacz.

Kris Ruszczynski, president of the Institution of Polish Engineers in Great Britain, says the construction boom will continue to entice Poles to return home. “Working conditions in Poland have improved. Skilled people are going back there because they can now command better salaries.”

One of these workers is Jozef Sadley, a 55-year-old bricklayer from Warsaw. Despite only having arrived in the UK in March, he is already thinking of returning to take advantage of the turnaround in his country’s fortunes. “Things are on the up in Poland. I’m hearing that wages are better and there is more work. I will probably go back next year.” He can see that the loss of migrant labour could pose a problem for UK construction. “I have noticed that construction here is heavily reliant on foreigners. There are not a lot of English workers around.”

You have to be pretty desperate to want to leave your family and work in another country. That is simply not the case any more in Poland.

Industry experts also fear this drain of labour could leave the sector in the lurch. Julia Evans, chief executive of the National Federation of Builders (NFB), says: “Although the market for work has contracted, big projects over the next five years, such as the Olympics and Crossrail, will soon place a burden back on the skills base. The continued migration of EU workers away from the UK will obviously become more of an issue unless we can fill the gap ourselves.”

The ConstructionSkills Network estimates that despite the decline of work in the wake of the credit crunch, there is still a demand for up to 42,000 entrants to the industry per year in the run up to the 2012 London Olympics. However, Ucatt estimates that there could be less than 20,000 apprenticeships coming on stream every year.

A mass departure of Polish workers could prove to be a major wake-up call to an industry traditionally reliant on foreign labour. Peter O’Connell, policy manager for the Federation of Master Builders (FMB), says: “The UK industry has got away with not doing anywhere near the amount of training that it needed to. If the migration to Eastern Europe continues, it could leave us with a considerable shortfall.”

This is a view shared by Ucatt, which predicts a surge in construction after the downturn that will leave many contractors pining for the Poles. “The downturn will be temporary. If you take the long-term view, there is a real danger of large-scale projects being delayed,” a spokesperson says.

With the departure of migrant workers and the dearth of apprenticeships, the Electrical Contractors Association (ECA) has been forced to introduce a £10m fund to subsidise employer training. It is hoped this programme, at an annual cost of £500,000, will provide up to 150 electricians per year to meet the skills requirements of future large-scale projects such as the Olympics.

David Pollack, chief executive officer of the ECA, says the move was necessary to deal with a shortage of trained electricians, exacerbated by the loss of Polish labour. He adds that although the association provides 3,000 trained electricians per year, the industry nationwide could easily do with triple this number. “Regardless of any economic cooling effects of the credit crunch, the departure of the Polish workers is opening up a significant gap between the number of operatives we have in the industry and the number we need,” he says.

Rob Johnson, chief executive of construction firm Doyle Group, believes the spillover from the struggling housebuilding sector should provide enough subcontractors to fill the void left by the Polish in the next couple of years. However, he warns there may be problems if a revitalised industry emerges in 2010, only to be confronted with a shortage of workers. “If there was ever a time to spend more money on training, now would be a perfect,” he says. “You have to keep training. It is not a good idea to be satisfied with having enough people now when you know there is going to be a demand in the future.”

Peter Fordham, cost research associate at consultant, Davis Langdon, says that while the downturn has prevented a rise in the cost of labour, the departure of the Poles could lead to wage inflation when the sector regains strength. “It has not had any impact at the moment because of the declining workload,” he says. “But eventually we could go back to having the type of labour shortages that existed before 2004, which was one of the biggest influences on construction price inflation. If there is no labour supply when we do have a pick up, we will have inflationary problems.”

According to SummitSkills, the skills council for the building services engineering sector, anecdotal evidence suggests that migrant workers from the other accession countries such as the Ukraine, Latvia and Lithuania are stepping in to take the place of Polish workers. But many employers feel the newcomers do not match up to their predecessors. Chief executive of SummitSkills, Keith Marshall, says: “Employers are telling us that they do not have the same level of skills or work ethic. There is also the language barrier. It was the same with the Poles when they first came over but it was worth fighting your way through that barrier because of their ability.”

Unlike many of his compatriots, Kolacz has no plans to leave. After living here for 18 years, raising a family and setting up a contracting firm, he has put down strong roots in the UK. Nonetheless, he is unsurprised by the Polish exodus. “This was always going to happen. It is perfectly natural to want to live in your own country.” Others believe the industry should have seen this coming. “It was always going to be a temporary fix,” says Marshall. “We have said all along: you cannot rely on migrant labour and now the loss of Polish workers could leave the industry high and dry.”