The organiser of next month’s Mipim property show in the south of France has again said it is going ahead as the first coronavirus case emerged in host town Cannes.

Nice mayor Christian Estrosi said a woman in Cannes has tested positive for coronavirus at the Nice University Hospital. It is being reported the 23-year-old is a fashion student who recently returned from Milan in Italy. 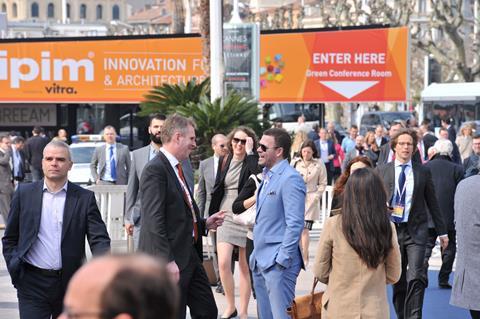 In a statement, Mipim organiser Reed MIDEM said: "While we appreciate the situation is continually evolving, as of today [Thursday] more than 90% of companies remain committed to attend Mipim. Therefore, we re-confirm that Mipim will run as scheduled on 10-13 March.

"Our decision is based on current facts and guidance from local, national and international authorities including the World Health Organization. There is no travel ban in place across France and France and Cannes are not identified as areas of concern."

Yesterday the co-founder of New London Architecture (NLA), Peter Murray, told Building it was still planning to attend this year’s event on the French Riviera.

The London Stand organiser is also behind a series of conferences and talks at the four-day show and Murray added: “Unless the official advice changes, we’ll be going. We’re watching things very carefully and following Foreign and Commonwealth Office advice.”

Around a dozen NLA staff are set to make the trip to Cannes.

WGP Architects, which is behind a gym-themed attraction on the London Stand called the Mipgym, is also still planning to go.

Other architects are also still planning to go, while monitoring the situation. Make’s Ken Shuttleworth is due to join two colleagues who are set to take part in the annual Cycle to Cannes ride which is scheduled to depart on Thursday, while Buckley Gray Yeoman has also said it will attend.

Gleeds said it too is still planning to go as has contractor Willmott Dixon.

But this morning property giant CBRE and developer Grosvenor said they have now joined the list of firms that will not be attending.

RICS and consultan McBains have also withdrawn, with the latter saying: "While we are disappointed to be making this decision, we feel it is the right thing to do given that the World Health Organization yesterday said the fight against the global spread of the virus had entered a decisive point."

McBains managing director Clive Docwra said the firm felt it was the most sensible and responsible course of action to protect the health of staff, industry colleagues and clients.