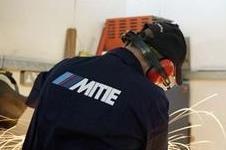 Outsourcing specialist Mitie today said it was weathering the economic storm, with only “niche areas” of its business affected by the downturn.

In a trading update issued to the stock exchange, the firm said it was on course to hit earnings expectations and had already secured 98% of its expected revenue for the financial year to the end of March.

Mitie added that it was still in a position to consider “selective investment” in new businesses where it sees growth potential, such as facilities management and business development capability. It added that it would target winning work in areas of government spending on health, education and social housing.

The firm said it was experiencing a slowing in “niche” areas of its “interior fit-out and new build housing activities” but described its exposure to these markets as “minimal”.

The update came on the back of Mitie winning preferred bidder status in two major public sector contracts - the £65m Derby Building Schools for the Future programme, and a £78m slew of social housing Decent Homes work, across Hampshire, Middlesex, London, Essex, Renfrewshire and Glasgow.

Shares in the company rose 2% in early trading.