The man in charge of procurement for HS2 has been poached by the Ministry of Defence’s estate division.

David Poole, who joined HS2 in January 2018, has been named commercial director for the Defence Infrastructure Organisation (DIO). 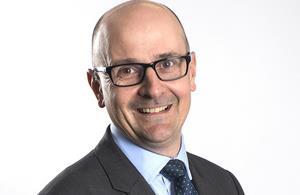 The DIO is the operating arm of the MoD responsible for the built and rural estate.

Poole oversaw a number of major deals on the railway project and was ultimately responsible for picking Balfour Beatty and Mace to lead the teams building HS2 stations at Old Oak Common and Euston respectively.

In his new role Poole will be reporting to Graham Dalton, chief executive of the DIO, his previous boss at Highways England.

Dalton was chief executive for Highways England and its predecessor the Highways Agency for the eight years prior to his move to the DIO in 2016, while Poole was in charge of procurement at the organisation for nine years before joining HS2.

Last October the DIO launched its procurement pipeline, outlining plans to spends around £3bn each year buying infrastructure services in the UK and overseas to support the UK Armed Forces.

The pipeline is due to be updated quarterly as part of the organisation’s strategy to provide the supply chain with greater visibility of upcoming work.