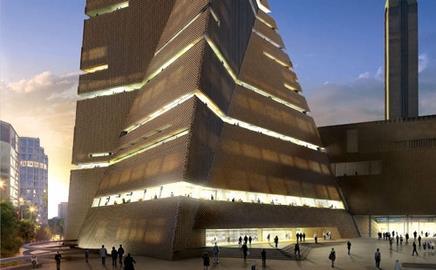 As first revealed in Building, the original “stacked glass boxes” have been scrapped in favour of a “brick pyramid” that Tate Modern says is more flexible than the previous design. However, Sir Nicholas Serota, the Tate director, admitted that owing to the slowdown in the financial markets, the extension may still end up being completed up to two years after its 2012 opening date.