Stockport contractor Goodwin Construction has brought in a dozen former employees of collapsed contractor Bardsley to take staff numbers at the firm up to the 50 mark.

The contractor, which was set up eight years ago by former Bardsley QS Richard Goodwin, said this week’s appointments were part of a hiring spree which has seen the firm lift staff numbers by a third. 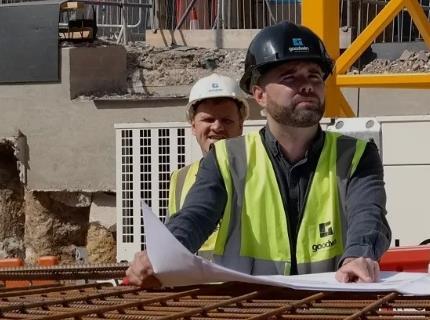 Goodwin said: “I have a lot of respect for the company and know the level of quality and experience of the people there.”

In all, the £50m turnover firm has brought in 14 new staff to fill a variety of roles including quantity surveyors, senior site engineers and senior project managers.

The firm moved into new offices last year and has a pipeline revenue forecast of more than £70m. Schemes it is working on include turning Manchester’s former Lyceum theatre, built in 1899, into more than 80 apartments.

Manchester contractor Bardsley sank into administration just days before Christmas with all 200 staff handed their P45s by administrator Duff & Phelps.

Its collapse prompted another firm, Hong Kong-based Far East Consortium (FEC, to bring forward plans to set up its own construction arm to build its own schemes.

The developer has set up DEX Construction and has appointed Bardsley’s former construction director Simon Adams to run the business. Adams has been joined by five former colleagues from the failed £80m business.

DEX has taken running of FEC’s Mount Yard scheme, a 12-storey block of 136 apartments and townhouses Bardsley was building which is due to complete this summer.