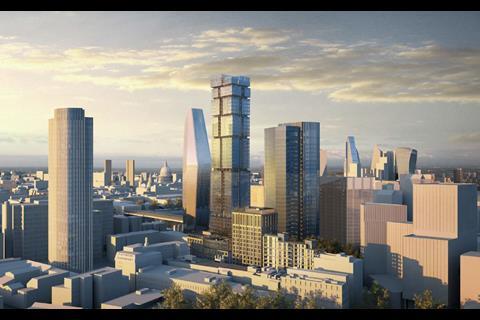 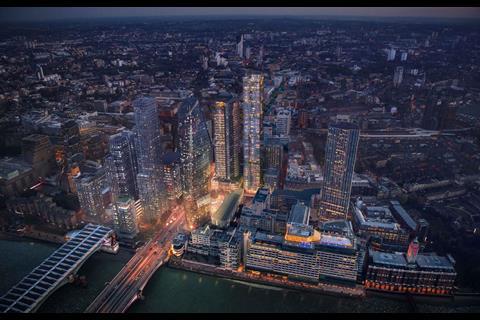 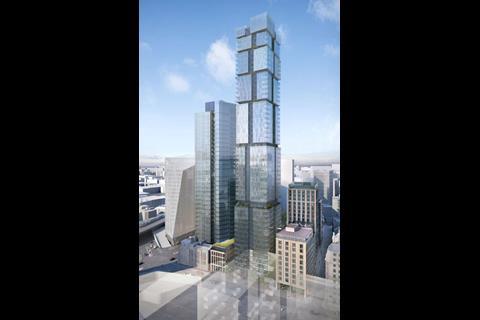 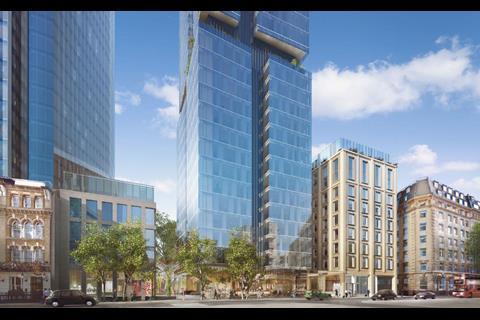 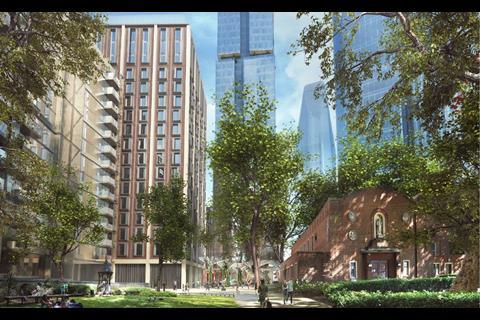 Plans by Wilkinson Eyre to redevelop a prime central London site near the South Bank have been put out to consultation.

The plans, drawn up for developer Black Pearl, feature a 52-storey, 178.5m residential tower and a 33-floor office block by Brisac Gonzales Architects, as well as three other blocks that include a medium-rise hotel and affordable housing.

The office block is earmarked for a plot on Blackfriars Road, to the south of Simpson Haugh’s under-construction One Blackfriars tower.

The taller 227-home residential residential tower would be further to the west and front onto Stamford Street.

Black Pearl said the resi block would add “a unique new signature building” to the London skyline “which sits comfortably within the emerging cluster of towers”. 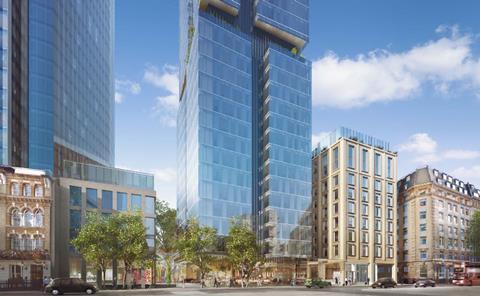 The 548-room hotel and 64-home affordable-housing block are earmarked for a strip of land stretching south from Stamford Street along Paris Garden, and creating a new public space connecting with the grounds of Christ Church to the south.

Black Pearl said the scheme would also include around 2,966 sq m of new retail space at the base of the proposed new buildings.

The site already has planning permission for a 23-storey office block and a 42-storey residential tower, also by Wilkinson Eyre, granted at appeal in 2009.

Black Pearl said a planning application for the new proposals would be submitted “shortly”.

The area has been a hive of activity in recent years with AHMM’s 19-storey development at 240 Blackfriars Road opening last year while KPF completed a scheme to add a further 11 floors to Richard Seifert’s 30-storey South Bank Tower, formerly the King’s Reach tower, completed earlier this year. And demolition work to tear down the mid-rise Ludgate House, which was opened in 1989 by former prime minister Margaret Thatcher, is expected to be completed next spring ahead of a 49-storey tower PLP going up in its place.