More than £100m set aside to fix hospitals with faulty concrete

The government has £110m set aside to carry out "urgent remediation" work at hospitals with the same concrete responsible for the collapse of an Essex school's roof. 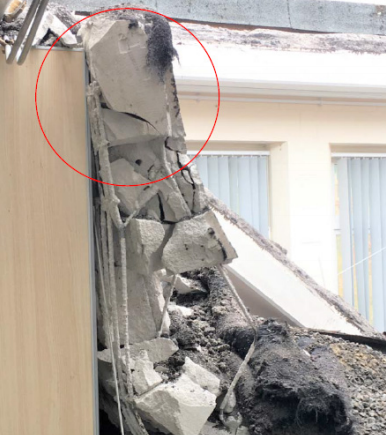 The 2019 report from the Standing Committee on Structural Safety (SCOSS) found the collapse occurred with little warning and that a similar, near failure was reported in 2019 in a retail unit which incorporated the same type of concrete planks.

The report said the concrete planks in question – which were widely used in construction between the 1960s and 1980s – were much weaker than traditional concrete due to the way they are made.

At the time seven hospitals were identified to have the same fault, according to the BBC, with the affected hospitals being West Suffolk, Hinchingbrooke in Cambridgeshire, James Paget and Queen Elizabeth in Norfolk, Airedale in West Yorkshire, Leighton in Cheshire and Frimley Park in Surrey.

Now health minister Edward Argar has confirmed that the government has set aside more than £100m to fix the faults.

In a written answer he said: “The department’s capital settlement at Spending Review 2020 included £4.2bn in 2021-22 to allow hospitals to maintain and refurbish their infrastructure, including a £110m ringfenced allocation to address the most serious and immediate risks posed by reinforced autoclaved aerated concrete.

“NHS England and NHS Improvement continue to work with the affected trusts to deliver the programme of investment and will ensure that trusts make the full and best use of all available funding over this financial year. Official figures by trust will be published through our audited final set of accounts.”

Autoclaved aerated concrete (AAC) is different from normal dense concrete. It has no coarse aggregate, and is made in factories using fine aggregate, chemicals to create gas bubbles, and heat to cure the compound. It is relatively weak with a low capacity for developing bond with embedded reinforcement. It was used in two main forms of structural elements; lightweight masonry blocks and structural units (such as roof planks, wall and floor units).

When reinforced (Reinforced AAC: RAAC) to form structural units, the protection of the reinforcement against corrosion is provided by a bituminous or a cement latex coating, which is applied to the reinforcement prior to casting the planks. The reinforcement mesh is then introduced into the formwork and the liquid AAC mix added.