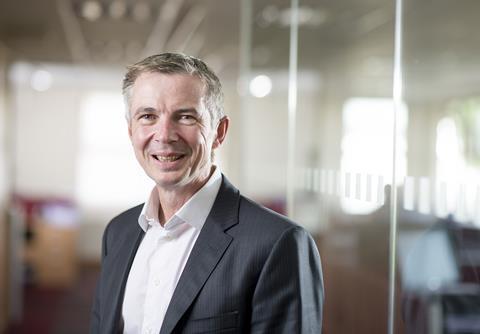 Morgan Sindall has promoted Jonathan Goring to partnership director as it pursues an increase in the number of large-scale projects it carries out in partnership with local authorities, central government and housing associations.

He will now be responsible for working across the group to develop the company’s pipeline of this type of work across housing, regeneration and construction.

Goring has been managing director of Morgan Sindall’s housing business Lovell since June last year, having joined the firm from Laing O’Rourke where he was a director for six months.

Prior to that he was managing director of Capita’s property and infrastructure consultancy arm for over six years. Goring was also a director at Symonds Group, which was acquired by Capita in 2004.

Morgan Sindall is yet to appoint a permanent replacement for Goring at Lovell, but the firm’s commercial director Andy Saul will take over management of the housing arm on an interim basis.

John Morgan, chief executive of Morgan Sindall, said: “As we have previously said, we want to win more large-scale partnership work, which covers all of our group’s capabilities in regeneration, housing, infrastructure and construction.

“Jonathan’s role as partnership director will enable us to harness his substantial capabilities in building relationships and growing pipelines.”