Morrisons open to new suppliers as it plots expansion 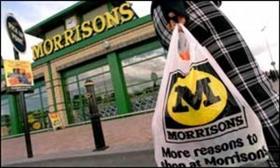 Morrisons is expanding into convenience stores and online retailing from this year, with plans to open 300 local stores by 2015 and launch an online retailing service from January, after sealing a £216m tie-up with Ocado in May.

Hartwell said the retailer would spend £500m a year on its overall development pipeline from next year, with its estate set to grow by 3-4% per year, faster than the company’s long-term average.

But Hartwell said the retailer was open to new suppliers. “

Just because we’ve got a framework doesn’t mean we’re not open to working with new people,” he said.

To read the full interview with Steve Hartwell click here.