Morrisons to cut capital programme by 25% 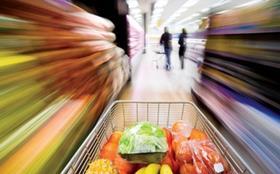 Supermarket giant Morrisons is to slash its construction programme even further following the announcement it fell to an £800m loss for the year to February 2015.

The firm said capital expenditure for the current year would fall by around a quarter, from £520m to £400m, with a big slowdown in the planned opening of new convenience stores, and a continuation of its policy of only opening new major stores “in exceptional circumstances.” This is further to the dramatic fall in capital spend last year, when it fell by more than 50% from almost £1.1bn.

“This will comprise fewer new convenience store openings than initially planned, with more capital allocated to maintaining and updating the core estate. As announced, in future we will only add new core supermarkets to the space pipeline in exceptional circumstances.”

Phil Dorrell, director of retail consultant, Retail Remedy, said: “The brand has haemorrhaged both sales and share to the brash young discounters who took its cheap prices USP, improved it, and then unceremoniously yanked the rug from underneath it. Next to the perky German upstarts it has increasingly looked neither cheap nor cheerful.”