Ken Norbury to head up UK and Europe division 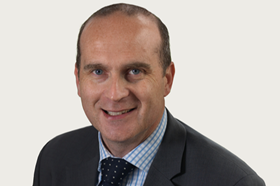 He has been promoted from divisional director and will be responsible for 1,800 staff in more than 30 offices across Europe.

Norbury (pictured) takes over from Cathy Travers, who was recently promoted to managing director of the consultant’s UK and Europe regional business.

Travers replaced James Harris, who has become the group managing director, and will be responsible for more than 7,500 staff and revenue of more than £824m.

Harris moved into the managing director role after Mike Haigh was bumped up to chairman in June. Haigh replaced company veteran Keith Howells in the role.

Norbury has worked for Mott MacDonald for more than 20 years. Since joining the firm in 1997, Norbury has held a variety of roles including principal engineer, commercial director, and practice lead for rail, as well as being the consultant’s client account manager for Network Rail.

Prior to joining Mott MacDonald, he spent eight years working as an engineer at the civils arm of Amec.