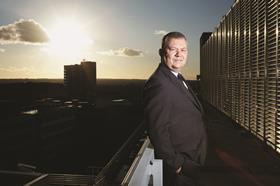 Mott MacDonald posted solid growth in revenue and profit last year, as strong performances in the firm’s Canada and Asia Pacific businesses made up for “sluggish” trading in the UK.

The firm said its Canada and Asia Pacific divisions proved to be an “engine for strong growth in the business”, making up for “sluggish” trading conditions in the UK, Europe and the United States.

The firm said Mott MacDonald’s UK division grew and “continued to benefit from the government’s recognition of infrastructure as an engine of growth”.

The business does not provide a divisional or regional breakdown in its accounts.

In a statement accompanying its accounts Mott MacDonald said profitability improved “across all regions” and Howells said: “In many parts of the world we are seeing signs of recovery”.

However he added the firm was impacted by “significant deterioration” in the Indian and Brazilian economies and a “marked slowdown” in the Australian economy.

Mott MacDonald increased its headcount by 706 staff over the year, taking it to 14,051 staff.