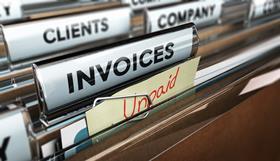 MPs from the business committee have called for the government to make it a statutory requirement for companies to pay their suppliers within 30 days.

The committee, led by Labour MP Rachel Reeves, singled out the construction sector as a particularly poor performer.

In their own words the MPs said they had “identified the construction industry as a sector where poor payment practices are rife, as highlighted by Carillion’s woeful treatment of its suppliers”.

The report, Small businesses and productivity, said: “The government should introduce a statutory requirement for companies to pay within 30 days and give the Small Business Commissioner powers to fine those who pay late.

“It should also extend the commissioner’s remit to cover the construction industry, where poor payment practices have been a problem, highlighted by Carillion’s treatment of its suppliers.”

The MPs also highlighted the retention payments in the construction sector as a major issue.

They said: “Retention payments within the construction industry, while they have their place, have also been abused by many companies.

“Instead, independently managed project accounts should be introduced and only withhold money when there is a good reason to do so.”

The report said witnesses from the construction industry said late payments were “endemic”, with one witness telling the committee big firms “use excuses like holidays, sickness or the director not being in the office to authorise things. It is generally just excuses to put off payment.”