Office scheme will be built above Bond Street station

The final Crossrail over station development site near Bond Street station has been handed over to developer Grosvenor.

The firm beat Kier and Skanska who were also to the job, which is due for completion in September 2023. 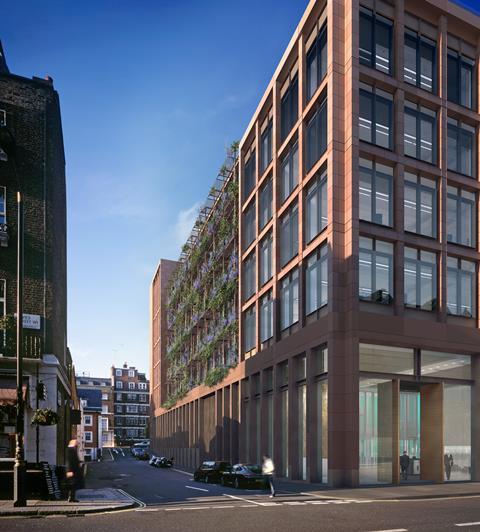 The scheme is due to be completed in autumn 2023

Multiplex’s appointment to the £50m scheme is Grosvenor’s first large construction contract award to take into account a supplier’s commitment to a science-based target for reducing carbon emissions.

>> How construction can save the world

From 2023, Grosvenor expects to only award contracts over £1m to suppliers with a science-based target, verifying that their commitment to carbon reduction is in line with the 2015 Paris Agreement.

This includes the recently approved South Molton Triangle, a mixed-use redevelopment adjacent to the new Bond Street station drawn up by Hopkins Architects.

Crossrail trains on the key central London section of the route will run in the first half of next year although when Bond Street station will open has still not been decided upon.