Native Land to press ahead with first office job

Native Land has said it is moving forward with plans for its first office scheme in London.

The developer, which has previously specialised in mixed-use jobs, is pushing ahead with the speculative development of a 44,520ft2 office building in Marylebone. 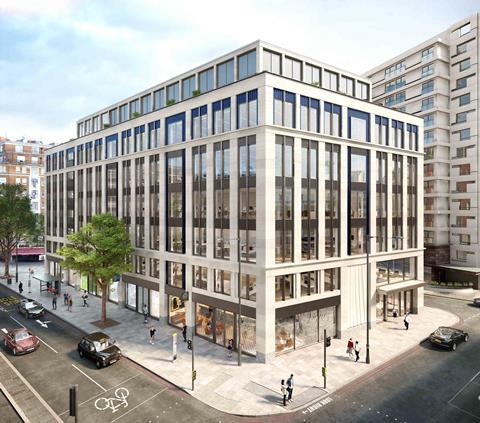 Osborne was appointed to build the £40m project in April.

OneThreeSix, on the former site of Regent House, will provide six floors of Grade A office space within The Portman Estate.

Designed by architect Stiff + Trevillion, the scheme (pictured), which has a development value of £100m, is due to be finished by December next year.

In addition to the building’s workspace, the project will also comprise 25 premium apartments, along with retail units at street level that will be handed back to The Portman Estate.

The project also include 66 bike spaces with showers and lockers.