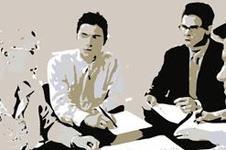 Alasdair Thompson has been appointed Franklin + Andrews’ development director, responsible for the consultancy’s business development and growth across the UK. He was formerly head of the firm’s west of England division

Also at Franklin + Andrews, Steven Whitton has been appointed projects director in the firm’s Glasgow office, where he will focus on developing public sector work in Scotland. He was previously a partner at Gleeds.

Gardiner & Theobald has appointed Chris Gunn as a director in its Middle Eastern offices in the United Arab Emirates. Before the switch he was working in the Prague office covering central and eastern Europe.

For the latest QS jobs in the UK and internationally and for top career tips visit Building4Jobs.