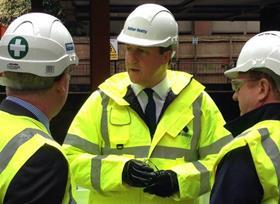 Government plans for a new all-industry apprenticeship levy could spell the end for the current CITB system, according to a government consultation.

Prime Minister David Cameron has announced further details of how the government intends to reach its target of providing three million apprenticeships by 2020.

The drive will be funded mainly by a new levy on all large firms, announced in the July Budget, with construction firms left in the dark as to how the new levy will interact with the existing construction-only levy.

However, a consultation has been launched today asking employers for their views on the new levy plans, making it clear the government is considering scrapping the existing system.

“On that basis government and the industries need to decide how best the existing levy arrangements respond to the apprenticeship levy.

“One option is for employers in the construction and engineering construction industries to pay the apprenticeship levy whilst continuing to pay the existing industry levy.

“Another option is to potentially remove the statutory industry levy arrangements completely, so that employers only pay the apprenticeship levy.

The government’s plans include a requirement to take a company’s apprenticeship offer into account when awarding large government contracts, and publishing new industry standards so apprentices have the skills that firms need.

Transport secretary Patrick McLoughlin has also announced plans to provide 30,000 apprenticeships across rail and road during the course of Parliament, with the help of Crossrail chairman Terry Morgan.

The all-industry levy is expected to come into force from April 2017.