Scheme designed by London practice 6a 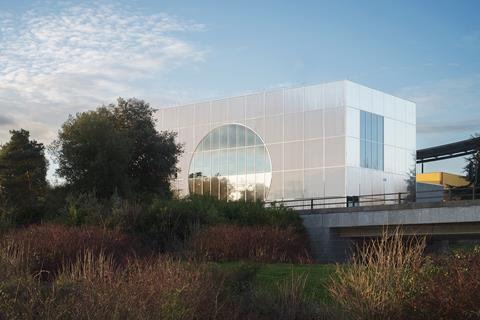 A scheme to increase the space at Milton Keynes’ MK Gallery opens to the public tomorrow.

Built by Bowmer & Kirkland, the scheme has been designed by architects 6a and has more than doubled the size of the existing arts gallery, which opened in the late 1990s, by adding a second structure.

It now contains five exhibition galleries totalling 500sq m and a learning and community studio, as well as a 150-seat auditorium called the Sky Room.

The polished stainless-steel exterior surfaces – dominated by straight lines but pierced by a giant circular window – are said to be inspired by the city’s original grid and the geometries of the adjacent Campbell Park.

Project manager on the scheme was Jackson Coles, while the QS was Gleeds. Others to work on the job included structural engineer Momentum and environmental engineer Max Fordham.

The gallery is next door to the Milton Keynes Theatre.

Artists Gareth Jones and Nils Norman and graphic designer Mark El-khatib also worked on the deal to create City Club, a sequence of new public spaces in and around the new MK Gallery. 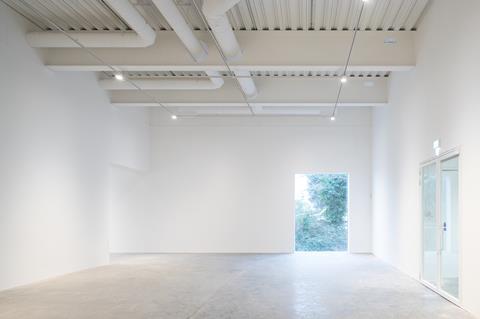 The gallery has been given extra exhibition space