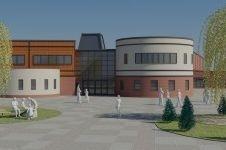 The start of one of the biggest Building Schools for the Future contracts will be delayed by a further two months. The news comes as the government’s spending watchdog said the programme needed an extra £1bn a year to get back on track.

The latest delay in appointing a preferred bidder on the £350m Salford and Wigan BSF, which is already a year behind, comes amid continuing concern over the government’s reliance on PFI schemes to ease the recession.

A source close to the Salford PFI scheme, where Lend Lease and a Hochtief/Laing O’Rourke joint venture are the remaining bidders, said it was likely that a preferred bidder would not be announced until March at the earliest. The appointment was originally due in January 2008, and was then expected last month after a series of delays.

The source said the delay was “probably more to do with procurement issues than finance”. However, it is thought that Salford and Wigan is one of the schemes considering applying for funding from the £300m set aside by the European Investment Bank to speed up schools schemes that have a PFI element.

The delay emerged as the National Audit Office (NAO) said the government needed to increase expenditure on the BSF programme from £2.5bn a year to between £3.4bn and £3.7bn from 2010-11 onwards if it is to address rising costs and complete all 3,500 new schools and refurbishments by 2020, its stated target.

The NAO’s report warns that “the extent to which problems in the finance markets will affect BSF is still unclear” and that rising construction costs will add £3bn to the programme.

The total cost of BSF has risen from £45bn to between £52bn and £55bn, with the bulk of the increase owing to the widened scope of the programme.

The report says the number of schools in procurement and construction at any time needs to double over the next three years in order to hit targets. It says no PFI deals were signed between October and the start of February.

Tim Burr, head of the NAO, said: “It remains a challenge to deliver the 250 schools a year needed to include all schools by 2020.”

Schools minister Jim Knight said the report reflected the situation when the research was done six months ago but that some schools might not be finished by 2020.