New entrance lifted into place at Stratford station for 2012 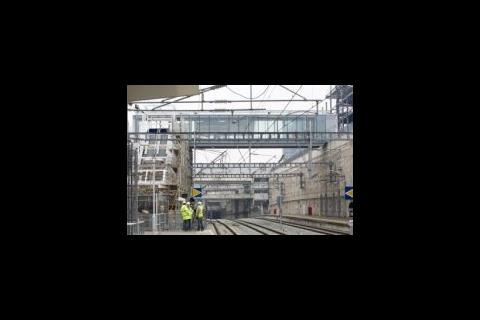 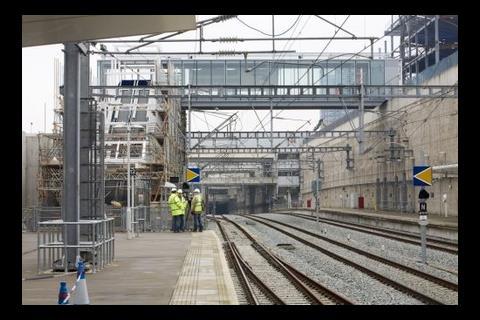 The Olympic Delivery Authority (ODA) has released time-lapse photographs of the moment a new eastern entrance to Stratford International station was successfully lifted into place.

The work was in advance of the intended opening for high-speed services from the station in December, and will allow access for 25,000 spectators per hour to the area during the Olympic Games.

The ODA said that the 36m bridge was lifted, fully glazed, 13m above the domestic service railway lines at the station by a 1,000-tonne crane. It reduces the distance from Stratford International and regional stations by 200m, aiding pedestrian access for the Games.

ODA transport director Hugh Sumner said: “This bridge is crucial to ensuring that the flow of pedestrians on and off the trains in and out of the Olympic park is kept as smooth as possible, congestion is kept to a minimum and we reduce the distance that spectators will have to walk.”