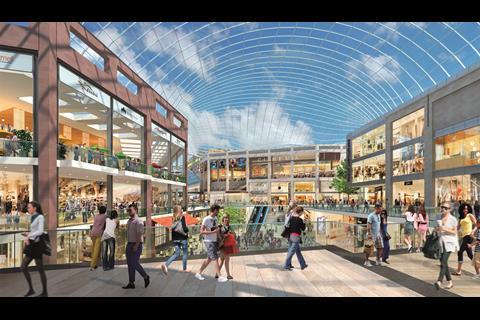 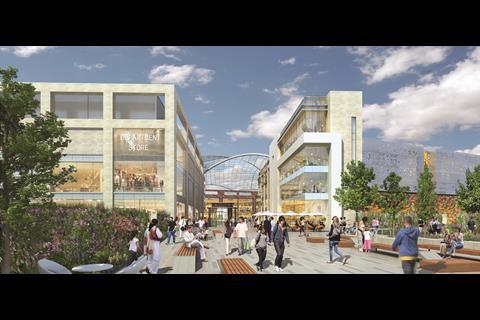 The developers of the £4.5bn Brent Cross Cricklewood regeneration scheme have unveiled details of the revised project ahead of lodging a new planning application.

Development partners Hammerson and Standard Life Investments said the amended plans included a new layout in and around Brent Cross Shopping Centre, with a network of new streets covered with a transparent canopy.

A new bridge over the North Circular for pedestrians and cyclists will unite both sides of the road and will lead directly into Brent Cross Main Square, to the Bus Station and the improved River Brent to the North.

The proposed changes will also see Hammerson and Standard Life Investments bring forward some of the planned transport improvements.

This will allow Barnet council to appoint a development partner to lead development to the South of the North Circular Road, with the essential infrastructure to support the delivery of new homes, schools and community facilities already committed.

Under the plans the existing shopping centre will be fully refurbished, with new stores, hotels, restaurants and leisure facilities created on the land of the current surface car parking, with all car parking in multi-story car parks around the development.

The plans will now go on public display for feedback before being finalised and submitted to Barnet council later this year as an amendment to the current outline planning permission granted in 2010.

Mike McGuinness, development director at Hammerson, said: “These amendments will create a world class destination for shopping, dining and leisure as part of a new town centre for the area which will be delivered over the coming years.”