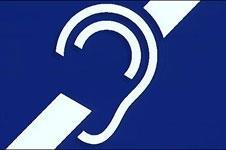 New schools are being built with poor acoustics that do not meet the government's own building standards says the National Deaf Children's Society.

Speaking at this week's Building Schools Exhibition and Conference Jo Campion, the NDCS head of campaigns, called for government to introduce a statutory requirement for acoustic tests to be carried out on all new schools after they are constructed and the results published.

“Poor quality acoustics have a detrimental impact on the educational progress of all children but deaf children are disproportionately affected. As the majority of deaf children are now taught in mainstream schools it is essential that acoustics are of the highest possible quality to ensure that they are able to listen and learn effectively,” said Campion.

According to the NDCS there is growing evidence that new schools - particularly those with open plan teaching areas - are being built with poor acoustics. An evaluation by consultant Pricewaterhouse Coopers of Building Schools for the Future asked teachers in four new BSF schools about the acoustics. Between 26% and 40% stated that the acoustics in their schools were not good enough. NDCS says it has also come across a range of new build schools around the country that have failed the government's standards.

The NDCS is calling on schools and building control bodies to support its Sounds Good campaign to get government to take immediate action to enforce acoustic its own standards.