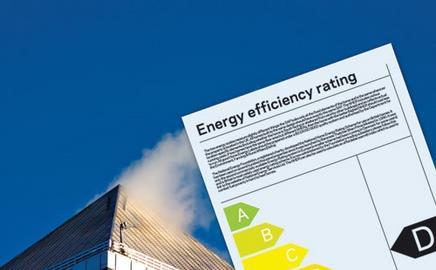 Developers could be forced to scrap high-tech air-conditioning systems in office buildings or risk getting poor energy ratings – and lower valuations.

Details emerged last week of how the energy efficiency of new and existing non-residential buildings is to be assessed, along with a timetable for the introduction of the scheme. Legislation will be launched next month, and detailed guidance will follow later in the year.

The move is in response to the EU’s Energy Performance of Buildings directive, which requires all buildings to have energy certificates when constructed, sold or rented.

Under the proposals a “sale or rent” certificate will be issued to indicate the energy performance of a building’s fabric.

However developers are likely to be unhappy with the implications, as all new and existing heating and ventilating systems will be judged against a naturally ventilated benchmark. Under the system proposed, a Part L-compliant, naturally ventilated building would probably achieve a B rating.

One senior industry source said: “The way the new certification is to be calculated is likely to result in many recent buildings being given a grade D because they are fully air-conditioned.

“This could have a negative effect on the value of their property portfolio.”

The legislation will also require public buildings to have a “permanent display rating”, which measures how much energy they consume per square metre. It applies to buildings of more than 1000m2 that are owned and used by the public. Central government buildings will need to display a rating from October.

John Field, an energy management specialist with utility and energy management consultant Power Efficiency, said, “The timetable couldn’t be much later to avoid tripping up over the EU deadline, but it is very tight for the property industry. The industry needs to start working now if they are going to achieve these dates.”