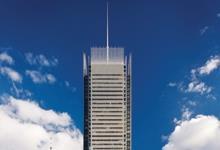 New safety rules for construction in New York have been announced this week with $5.3m (£3.6m) a year being ploughed into the enforcement of the regulations.

New York City Department of Buildings (DOB) commissioner Robert LiMandri has announced 41 recommendations to change the way high risk construction will be regulated in the city.

These changes are based on a $4m study of construction in the city which saw engineers and construction experts make 600 visits to job sites around New York.

The Department of Buildings then held conferences with crane manufacturers and building officials to discuss the findings. The recommendations which have been released as a result relate to crane, hoist, excavation and concrete operations. It is understood that work will start on enforcing these changes in the next few months.

Nine people died in crane collapses last year in New York and 22 of the recommendations relate to crane safety. There are nine key rules which have been made to prevent crane related deaths and accidents in the future. They are:

o There should be oversight of crane erection, dismantling and jumping (climbing)

o The department should require strict adherence with load test protocols, according to the manufacturer's recommendations.

o There should be an identification system for tower crane counterweights, and stronger requirements for bolted connections

o There should be enhanced standards for crane prototype application, with a new designation of Approved Manufacturer

o There should be additional safety requirements for older equipment and cranes not supported by the manufacturer.

o There should be new standards for crane maintenance and repair.

The $5.3m budget increase has been made to fund 63 new positions for oversight and enforcement of construction safety regulations.