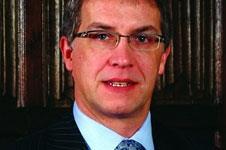 Mark Andrews, former chief executive of NG Bailey, was the victim of a cost-cutting drive at the M&E specialist, sources close to the situation have revealed.

Andrews (left) abruptly parted ways with the £600m-turnover company last week, as part of what it called a “mutual and amicable” split. He was replaced by finance director Chris Newton.

NG Bailey, owned by the Bailey family, said last week that Andrews’ departure had come after he had completed a plan to slim down and restructure the business. However, one source said his exit was part of the restructuring process rather than prompted by its conclusion.

The source said: “NG Bailey was looking to cut its cloth to suit the current environment and as far as they were concerned that meant the knife unfortunately also had to fall on Mark.”

In a further cost-cutting measure, Newton, who is a board director, will not be replaced as finance director. The firm said: “During Chris’ tenure as acting chief executive, the function will be covered by existing resource within NG Bailey.”

The source added that the decision had been taken quickly, which appears to be backed up by the fact Andrews has not lined up a new role. In a statement this week he said he was “considering a number of options”. He reiterated the fact it was a mutual split, and said he would leave at the end of November.

NG Bailey denied the suggestion that Andrews had left as part of the restructure and said his exit had been pre-scheduled.

Newton said: “Mark worked for NG Bailey for nearly six years, a term envisaged at the start of his tenure. Over the past year, Mark has led a right-sizing programme. With this in place it therefore seemed like an appropriate juncture for him to pass on the overall leadership.”

Trimming from the top