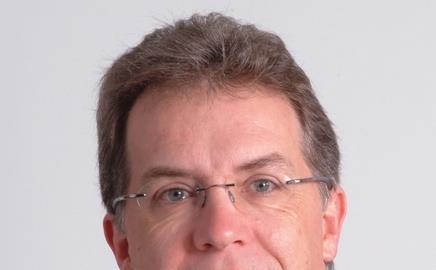 NG Bailey has continued to steer away from traditional M&E contracting by purchasing S2S, an IT infrastructure security business.

Mark Andrews, NG Bailey’s chief executive (pictured), refused to say how much he paid for the £7m-turnover firm, but said it ran to “several million pounds”.

S2S, which is based in West Sussex, has 20 staff, who will keep their jobs.

NG Bailey is divided into two divisions. S2S will sit in its professional services arm, which includes Bailey Teswaine, Bailey Systems, Bailey Maintenance and ICS. Andrews said he wanted to double or treble the turnover of this division over the next three to five years.

The other division, which is called Bailey, includes Bailey Rail, ceiling and partitioning contractor Bailey Johnson and Bailey Off-Site.

Andrews stressed there was no intention of reducing the firm’s core M&E work, although construction as a proportion of turnover would drop from more than 80% to less than 70%.

Andrews said: “It enables us to move beyond the ‘construction’ phase of buildings and provide an end-to-end capability throughout the lifecycle.”

The S2S deal will not be the company’s last, according to Andrews. “The plan is to make further acquisitions and grow the company in a certain direction, although there are no specific deals on the table at the moment.”

One industry observer said the diversification was part of an established trend. “Contractors are shifting their models into service type businesses that provide more repeat business, certain income and higher margins. Even companies like Balfour Beatty have been heading down that route.”

As part of a wider restructure, NG Bailey has created a group-wide business development team, which will be headed by Peter Patsalides, previously managing director of Bailey Teswaine. Tony Henderson has been promoted from operations director at Bailey Teswaine to replace Patsalides.

For more on NG Bailey’s diversification, go to www.building.co.uk/archive