Government says it will offer range of support for three 15,000-home “garden city” schemes, but no fresh investment 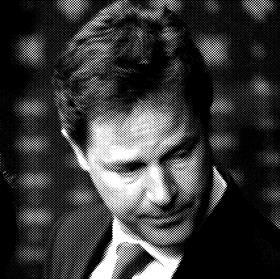 Nick Clegg has invited local councils to submit plans for a new generation of “garden cities”, with the government prepared to back three 15,000-home schemes across the country with a range of support that fell short of new capital funding.

This week the deputy prime minister announced long-awaited plans to back three new “garden cities”, with the Department for Communities and Local Government publishing a prospectus inviting local authorities to submit plans for schemes in their area.

The prospectus, which comes two year after the government first announced its support for a new generation of garden cities, stated schemes must comprise at least 15,000 homes; must have the full support of all the local authorities where they are sited; must be well connected to existing or planned transport links; and must have “robust delivery arrangements”, such as joint venture companies, public private partnerships or publicly-led arms length bodies.

The prospectus added that schemes that comprised a “significant element of brownfield land will be particularly welcome”.

The prospectus did not define what was meant by a “garden city”, saying it wanted to support local “visions”, but it referred to a set of principles outlined by the Town and Country Planning Association.

The government said it would provide successful schemes with a range of support, including helping councils co-ordinate plans with other key partners, such as the Homes and Communities Agency (HCA) and other government departments; provide planning support, through the HCA; as well as providing a “limited amount” of funding to help with costs of developing the proposals for the scheme.

But the prospectus fell short of promising to back the schemes with fresh capital funding.

Instead it said the government would “facilitate access” for bidders into existing funding pots, including the Large Sites Fund, which was launched alongside the Garden Cities prospectus.

Comprising a £1bn of funding over the next six years, the Large Sites Fund, which was first announced in the Autumn Statement, is targeted at housing schemes over 1,500 that require investment in local infrastructure to boost their viability. It will be allocated on a competitive basis.

The Garden Cities prospectus said potential schemes must set out how the developments will be financed, particularly how private finance will be leveraged and how the scheme will make the best use of land and assets.

“Where an initial shortfall in funding is identified, but the project appears fundamentally viable, government will work with local partners to identify funding solutions”, the prospectus said.

The prospectus added that expressions of interest were being invited on an “ongoing, rolling basis, rather than being subject to any fixed deadline”.

The prospectus comes after George Osborne announced in the Budget that the government would back a new 15,000-home “garden city” development in the Ebbsfleet quarry, in Kent, with £200m of investment.

The prime minister first floated the idea for a new generation of garden cities in early 2012, then in November of that year Clegg promised the government would offer incentives for the creation of imaginative new developments.

At the time, Clegg argued that the UK must “build its way out” of a housing crisis, insisting that it was no longer good enough to think of small-scale developments on the edge of towns.

But the Garden City plans were held up within Whitehall, amid reports the Conservative were blocking the proposals for fear of sparking a backlash from ‘nimby’ protestors in the lead up to the 2015 general election.

Clegg said: “Garden cities are communities where future generations will live, work, have children, grow up and grow old.

“I’m publishing a new garden cities prospectus, which calls for local areas to submit their plans for garden cities that will provide affordable homes, good schools, and jobs for the next generation, while at the same time preserving the countryside.

“This is a call to arms for visionaries in local areas in need of housing to put forward radical and ambitious proposals to develop their own garden cities.”