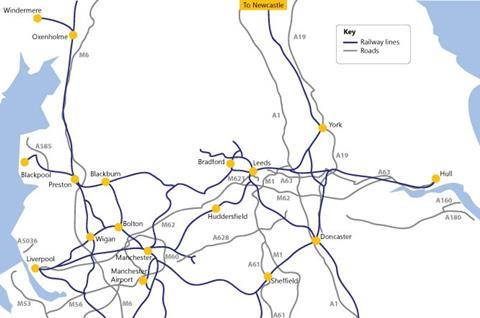 The government has published a blueprint for how it intends to spend £13bn on improved transport infrastructure in northern England as part of its ‘Northern Powerhouse’ initiative.

An interactive graphic outlining the transport schemes has been published here.

Transport secretary Patrick McLoughlin said: “This one nation government is determined to close the economic gap between north and south. Investing in transport – something that successive governments have failed to do sufficiently – is vital to making that happen.”