Now it's Speedy's turn to warn on Carillion collapse 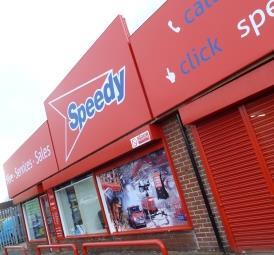 Speedy Hire has admitted that its numbers might be hit by Carillion’s collapse when it publishes its next set of annual results.

The tool hire specialist said in a Stock Exchange announcement that its business with the firm was £12m last year and that it was owed £2m.

But the firm said: “A proportion of the group’s revenue and debt relates to Joint Venture arrangements involving third parties which are expected to continue unaffected.”

Speedy said any losses as a result of Carillion’s demise would not be material to the group and would be recorded as a non-underlying charge.

Its year end is 31 March with its annual results usually unveiled in May.

Meanwhile, Morgan Sindall has given more details of the contracts it said it had been carrying out with the firm.

Earlier today, it told the Stock Exchange: “The impact of Carillion’s situation is not expected to be material on the Group.”

The pair had been working together as 50:50 joint venture partners on the A1 Leeming to Barton upgrade in North Yorkshire for Highways England as well as for the A6 Manchester Airport Relief Road.